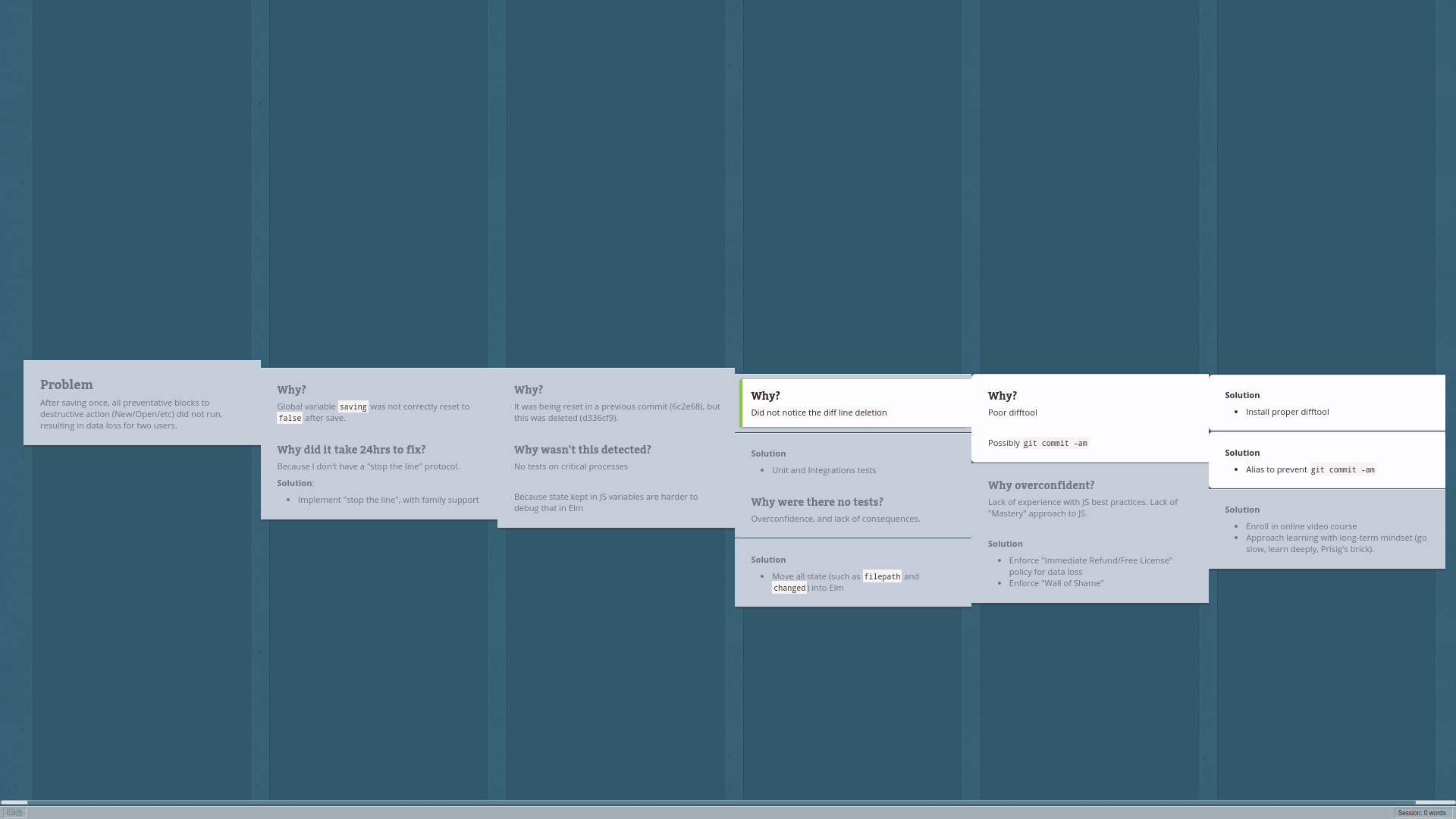 A tree-structured journal or work log helps you see patterns over larger timescales than we usually think and work at. Here’s a quick summary of how to create your own multi-level journal in Gingko:

You may already know that Gingko is a distributed team, but nothing can convey that better than the following pictures, taken on the same weekend:

At a 3 hour time difference between Kuwait and Perm, this is the closest we’ve ever been!

How do we manage to run as a hyper-distrubuted team? It’s taken many months of learning and practice, but one critcal factor, which we are still continually tuning, is running effective meetings.

Of course, we use Gingko to do this. Here’s how we do it:

END_OF_DOCUMENT_TOKEN_TO_BE_REPLACED

This, I think, is the greatest challenge of leading a good life. We can only ever touch the present, but the scale of our projects, our vision, and our lives span weeks, years, and decades.

I think Gingko provides one way to make sure we can guide ourselves through the long arcs that matter to us (raising a happy family, building a revolutionary company, writing an inspiring book), while still keeping clear what we need to do now to get there.

The approach is simple, and starts with this Goal tree template.
END_OF_DOCUMENT_TOKEN_TO_BE_REPLACED

The greatest challenge in any large project, is keeping the daily tasks aligned with the long term goal.

It’s very easy to get lost in the details and the daily grind, and forget the big picture. Then you look up after two weeks of “hard work” to see where you’re at, and find you are no closer to your goal.

As with many challenges we all face in life, it’s partly due to a fundamental limitation of the human brain. We simply can’t keep our mind on the big picture, while we’re working on the details. And since we can only make progress by doing the daily detailed tasks, it’s very easy to get overwhelmed or lost.

With Gingko, we have an alternative approach: hierarchical goals. While not a new idea, Gingko is better suited to displaying these goals than most other software out there.
END_OF_DOCUMENT_TOKEN_TO_BE_REPLACED